How to Draw a Snow Leopard In this free art lesson, you'll learn how to draw a Snow Leopard step-by-step.

To draw this Snow Leopard step by step, follow along with the video tutorial below and pause the video after each step to draw at your own pace. You may find it easier to follow the step-by-step drawings below the video. The new lines in each step are shown in red, so you'll know exactly what to draw next. You may want to open the video in a new tab and use both drawing methods. Take your time and draw at your own pace.

The following is a video tutorial where the steps are WRITTEN out within the video: Step 1: Draw two circles as guides for the snow leopard's body. The circles don't have to be perfect. They're just guides. Pay close attention to the placement of the circles. Don't space them out too much. 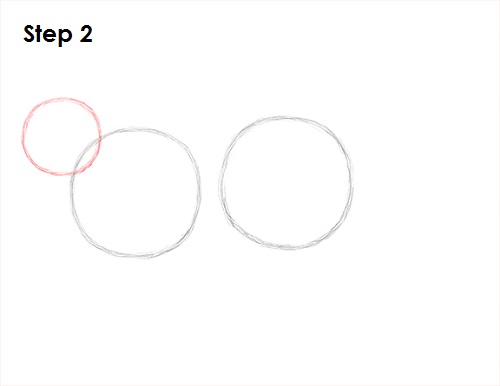 Step 2: Draw a smaller circle above the left circle as a guide for the snow leopard's head. Notice how they overlap a little. 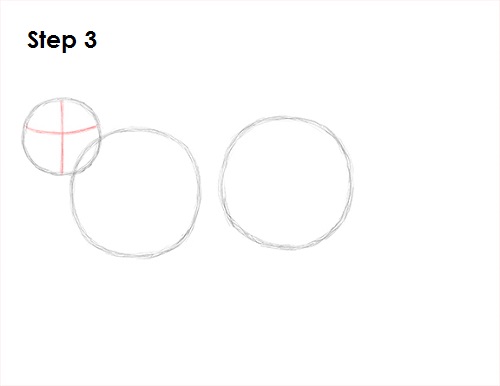 Step 3: Inside the snow leopard's head, draw two intersecting lines that will help you place the facial features later. Step 4: Right below where the two lines intersect, draw an oval as a guide for the snow leopard's muzzle. Step 5: Draw two small arcs on top of the head as guides for the snow leopard's ears.